CBS 60 Minutes aired an investigation into fake news which was mostly fake news itself. The “fake news” scare was drummed up immediately after the election as an excuse to censor and shut down alternative media outlets. Media analyst Mark Dice has the story. 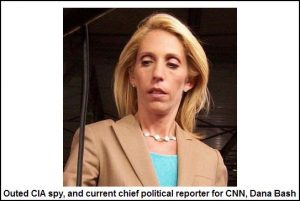 “We need to make this style of video and we’ve got to use Al-Qaeda’s footage . . . We need it to be 10 minutes long, and it needs to be in this file format, and we need to encode it in this manner.”

These were the specific instructions given to employees of a PR firm responsible for creating fake terrorist videos as part of a top secret propaganda mission paid for by the Pentagon — a mission that cost over half a billion dollars.

This story has come to light thanks to a former employee of the firm, Martin Wells, who came forward to talk about his time working on the project.

While we are now all-too familiar with the word terrorist, it only became popular about 15 years ago, after planes were flown into the World Trade Centre towers in New York. This event was monumental in not only reshaping U.S. security tactics but also policy that impacted the American people greatly.

It also spurred major division and debate, with many people disagreeing over what really happened. Within moments of the crashes, the media was already claiming that Osama Bin Laden had ordered the attacks and the word terrorist was used thousands of times over the next 24 hours. But as the days and weeks passed, it started to become clear that something wasn’t quite right with the official story and facts simply weren’t lining up.

The war on terror has raged on since that day, and although many have challenged the official story, terrorism is still an extremely real and dangerous threat in the minds of many. But how much of it is actually real? Could the U.S. and its organizations be behind some of it? Could they be funding terrorism for ulterior motives? Read more here

DC Whispers has an article pointing out that Government can legally lie to US citizens.

Check out this quote from FBI Director James Comey’s testimony to Congress today:

“…It’s perfectly legal for someone attending a classified briefing to LIE TO THE PRESS about what they heard in that meeting. The FBI cannot go out and correct the record because then they’d be “commenting on Classified information…”

What? They can lie and it is legal? Propaganda, lies, by the government and its employees, used to be illegal against US citizens, but not any more, thanks to an amendment to the NDAA.

These laws made propaganda used to influence foreigners and US citizens illegal. Without these laws, disinformation could run rampant. Read full article here

From The Business Insider Michael B Kelley

The newest version of the National Defense Authorization Act (NDAA) includes an amendment that would legalize the use of propaganda on the American public, reports Michael Hastings of BuzzFeed.

The amendment — proposed by Mac Thornberry (R-Texas) and Adam Smith (D-Wash.) and passed in the House last Friday afternoon — would effectively nullify the Smith-Mundt Act of 1948, which explicitly forbids information and psychological operations aimed at influencing U.S. public opinion.

Thornberry said that the current law “ties the hands of America’s diplomatic officials, military, and others by inhibiting our ability to effectively communicate in a credible way,” according to Buzzfeed.

The vote came two days after a federal judged ruled that an indefinite detention provision in the annual defense bill was unconstitutional.

Lt. Col. Daniel Davis, who released a highly critical report regarding the distortion of truth by senior military officials in Iraq and Afghanistan, dedicated a section of his report to Information Operations (IO) and states that after Desert Storm the military wanted to transform IO “into a core military competency on a par with air, ground, maritime and special operations.”